I Am Setsuna (Switch) Review

I Am Setsuna gained quite a following when it originally released, being localized for platforms such as the PS4 in 2016. The Switch version didn't see a physical release outside of Japan, but still features an English translation on the cartridge and with the system not being region-locked (meaning my North American Switch can play Japanese formatted games), this is how I'm reviewing I Am Setsuna now, thanks to a friend letting me borrow his copy.

From the very beginning of booting up I Am Setsuna, the golden-era of RPGs were on display. The soundtrack brings me back to a time that felt magical and pure, the entire soundtrack is piano based. Making for a beautiful experience throughout the game. And while I Am Setsuna doesn't "re-invent the wheel" necessarily, it does a great job of showcasing the best of what the genre has to offer. Combat has vibes of Chrono Trigger and the story pulls the strings similar to Final Fantasy X (both owned by Square-Enix incidentally) 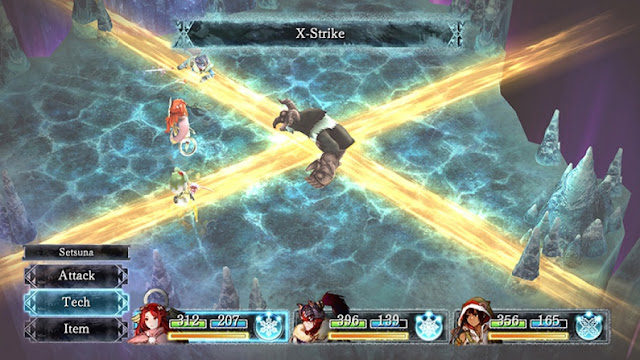 I Am Setsuna follows the sacrifice, Setsuna, on her pilgrimage to save the world from the impending doom of monsters (*cough* Yuna *cough*) and her bodyguard Aeterna is a feisty fighter who will do anything to protect Setsuna from danger (similar to Lulu and Wakka from FFX). They are quickly joined by Endir who is the player character, he's mute, only saying things when the player chooses something out of two options. Nothing appeared to be store changing, just different dialog paths unfolded. And together, these three are what the core story revolves around. 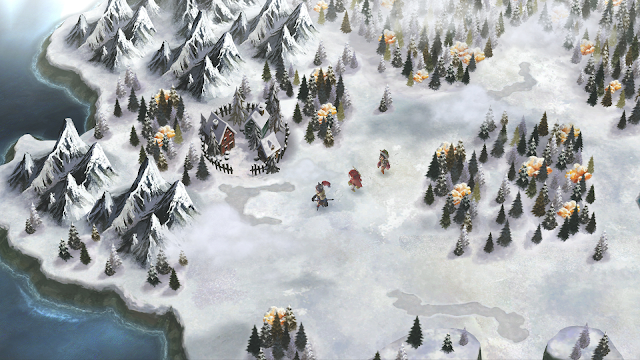 My biggest complaint overall, is the environment. It's pretty much just snow. Snow is everywhere. There isn't much variety in the locations. Snow village number 1, snow city number 2, village of snow number 4...etc. you get the picture. While this is the design they willingly went with; it doesn't save the game any. Just provides for a very bland visual experience. 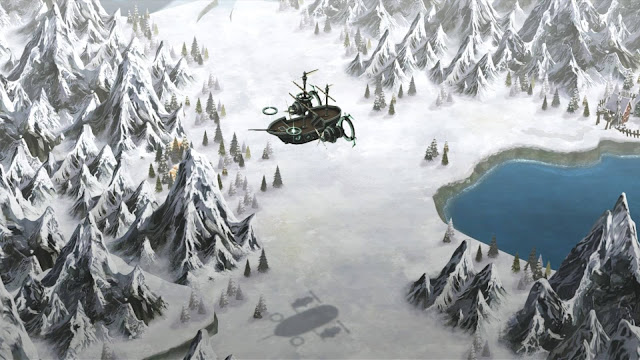 Switching gears to the combat, this is where I Am Setsuna brings the inspiration of Chrono Trigger to the forefront. Combat is handled with 3 active party members, each one has their individual skills and moves, but some tech skills can be linked together for more devastating attacks. Which hearken back to Chrono Trigger (best to think about the part members you want for the fights ahead) nicely. Outside of that, it's typical active fare. RPG's of old relied on the ATB (Active Time Battle) system for handling combat. Your party members and those of the enemies you're fighting all have a bar that fills up and once they are full, you can act. So, be quick, because there is no time save by sitting on your turn.

All and all this has been a great experience. Having a modern game pay it's respects to the 90's era of RPG, and of course the references to a couple of the games it pulls inspiration from, is in no way a negative shot at the title. I highly recommend any RPG fans out there to pick this title up. It's available on PS4, Switch and PC.