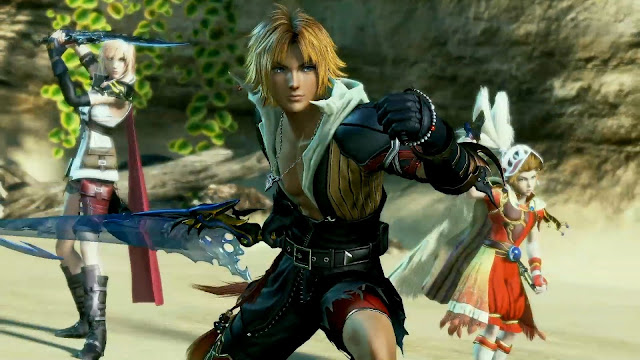 I have been a fan of Final Fantasy for over two decades now and fell in love with the the cross over work done in the original Dissidia on the PlayStation Portable. Dissidia: Final Fantasy NT finally hit the PlayStation 4 after a few years in development and an arcade release over in Japan. This installment is the third title in the Square-Enix brawler mashup sub-series named, Dissidia. With having an arcade version, they were certainly able to get the gameplay fine tuned and with fans eagerly clamoring for it to be brought to consoles and when it was announced for a release on PS4, the game was destined to be great...not so fast. 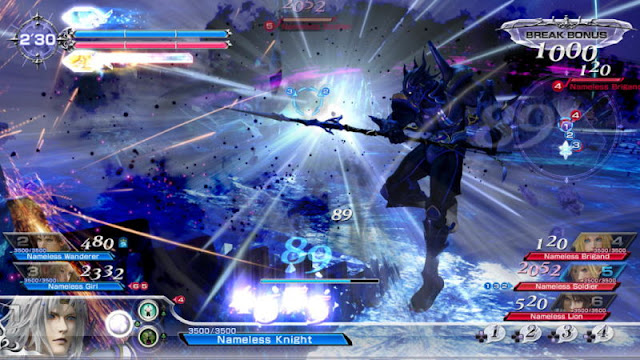 There is so much potential here and it's tough to not be critical of NT when there have already been other phenomenal releases in the series, on comparatively inferior hardware (such as the PSP). NT does a fine job of giving every character a full list of moves and the combat is perfectly fine, even if it is gimped vs the first two titles in the Dissidia line. There is not as much focus on the RPG elements, the vertical combat of the first two games have largely been removed (but to be fair, NT does feature six combatants instead of two), and the command system doesn't really appear to work very well. Trying to communicate with your two AI allies, doesn't appear to do anything and with bodies flying all over the place...I really wonder if any of it actually helps.

Staples of the combat system have mostly been left untouched, Bravery and HP attacks make up the core of the fighting. Build up your Bravery meter by dealing Brave Attacks (which also lowers the Bravery of the opponent) to dish out that number as damage to the opponents health when you issue an HP Attack. The entire three person party must be defeated for the fight to end, which is nice that even if the AI enemies knock out your character, there is still a chance your allies will pull through, doesn't typically work out that way, but it's nice to know that it isn't immediately a loss if you go down. 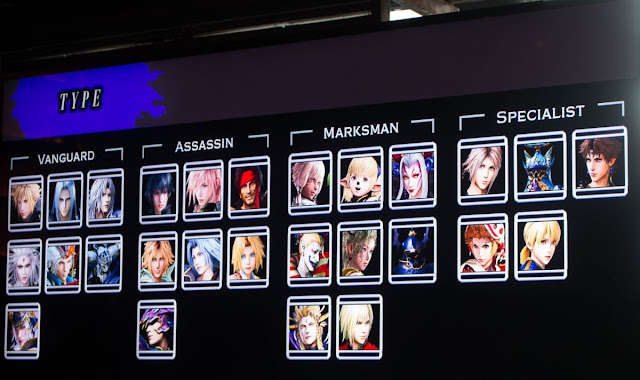 Online play (at least most of the times I've played) has been EXTREMELY laggy. In this day and age, this just shouldn't be a problem. Playing games online is not new and certainly not for fighting games. Really sucks what little fun can be had when everything pauses for several seconds, every few seconds. And to top it off, you don't really get anything out of it. At least I didn't see anything come from suffering through the online component. Might be due to the component being broken.


There is a class rank and character leveling system, Class rank improves how that character will handle when the AI controls it (doesn't really seem to do much though, not very helpful characters stay fairly unhelpful) and Character Level unlocks new skills for that character. So it is recommended to keep working with a character if you like them, as more abilities will be made available and help turn the fight in your favor.

The problem is that, well, all of this is largely tied to playing gauntlet matches over and over and over and over on repeat. As that is the only way to get enough points for these fighters to "level up", because online play doesn't grant much (unless you can win higher ranked matches) and the "story" mode is littered with two to four minute in game cut-scenes that "push the story forward". There's not really a story though, NT is nothing like the first two Dissidia games unfortunately. While there are a couple fights in the story mode, it's just to unlock specialized gauntlet matches outside of it. More on this in just a bit. 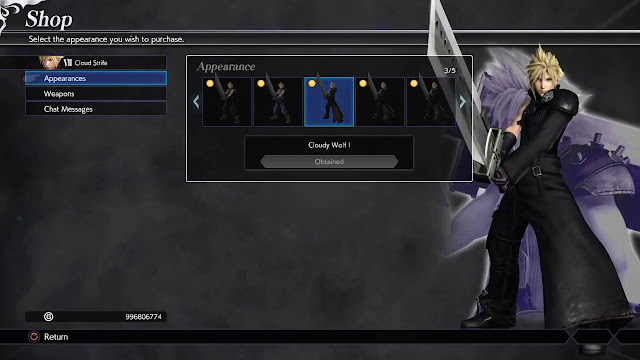 Dissidia: Final Fantasy NT does have a smattering of unlocks in the game, earned through gauntlet matches, that provide basic color swaps on the costumes they wear in game or unlock the original outfit they wore in their numbered entry in the franchise, plus a color swap of it. Same goes for weapons and there are even additional chat messages you can gain through the in-game store. These are all bland and don't add much to the game, but still nifty to have. So, it could have been a lot better, but it's still there to add some flavor. Ya win some, ya lose some. 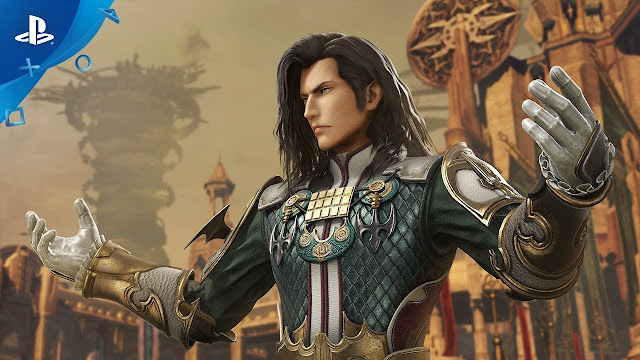 Now the base game comes with quite a few characters (28 to start out with), most have been in previous games, so you've played any Dissidia titles, you'll be familiar with the vast amount of characters. However, there are a couple new faces such as Ramza from Tactics, Ace from Type-0 and Noctis from FFXV and Square has announced that the season pass will feature six additional Final Fantasy characters, even announcing that Vayne (FFXII) will kick off the batch of newbies. With the season pass providing added stages and characters, you would think that would be the only way to beef up the game, but you'd be wrong. Square-Enix and Team Ninja are releasing free content as well, and not just new outfits, no, they have been bringing new stages for free. Such as the Orbonne Monastery. 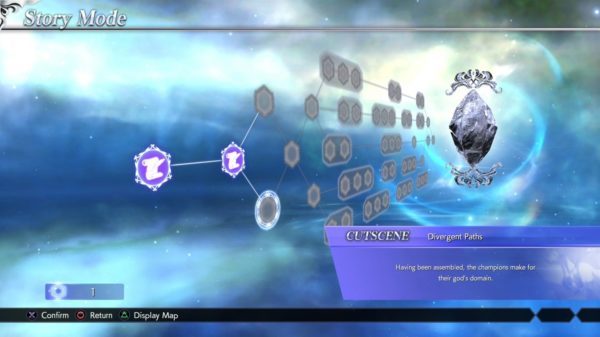 Story mode, saved the "best" for last. While this isn't technically a continuation of the previous stories told, the characters do retain their memories and mostly just want to go home. However, there is a really good chance that you won't see the end of the single player story, simply by how they set it up. You see, there's this special "currency" of sorts called Memoria. With Memoria, you unlock nodes on a board that grant story progression. What this means is that you'll be tediously grinding gauntlet matches for what feels like eternity trying to generate enough Memoria to see what happens next. Really frustrating though, that 20 to 30 minutes of grinding gauntlet matches (or if you can get the online to work for you and you get ranked in online play) only gets two to four minute cut-scenes.

Dissidia: Final Fantasy NT is a decent game that has plenty of flaws and shortcomings, a couple new characters and a different play style that all melds together in an underwhelming package. This title is recommended, but only from a bargain bid purchase. I find myself struggling to recommend this to diehard Final Fantasy fans, as there are two other Dissidia games on PSP that are better than this installment. Plus the free-to-play Opera Omnia on Android and iOS...yes, I would recommend a free-to-play mobile game over NT at full price.