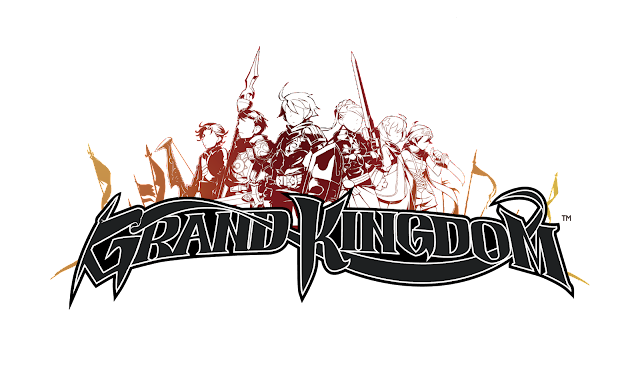 Grand Kingdom has been on my radar ever since it released a few years ago for the PlayStation Vita and PS4. Seen as a spiritual successor to Grand Knights History (released in Japan back in 2011 for the PSP), Grand Kingdom grants access to a guild of mercenaries and four warring nations (Landerth, Fiel, Valkyr, Magion) to play a tactical game of RPG "chess". There are 17 classes to choose from (some are typical palette swaps, so I would say that it's more like 14 or 15 different classes) and each one learn skills/passive abilities at their own pace and according to the class they are. And together you can recruit up to 50 members that can go on to make six groups of four; so there happens to be plenty of team building strategy.


Lancer, Paladin, Valkyrie and Fighters are great for getting up close and personal to the enemy, whereas you'd want to keep your Shaman, Witch, Archanist and Medics behind your front line.
Now there are Hunters, Archers, Challengers (they throw barrels and blow themselves up), Rogues, Nobles, Dragon Mages (they are physical and magical and ride DRAGONS), Gunner, Blacksmith, and Dark Knight (not Batman), these classes can fit various needs, but they don't typically get used successfully. In theory, a Dragon Mage sounds awesome, but they take up two character slots, so the max party you can have with a Dragon Mage is three and they are slow. Meaning the opposing side will likely have all of their members go first before the Dragon Mage even gets off the starting block. Challengers seem good as well, they can set explosive obstacles on the field, but similar to the Dragon Mage, they aren't very fast and ironically seem a little "squishy", so if they have Lancers, Paladins, Blacksmiths or Valkyries to deal with, they are usually dead.

With all that being said, it is possible to have an effective team with any mixture of these classes, some are just much harder than others to work out. BUT IT IS POSSIBLE! And that is one of the most exciting things about Grand Kingdom, if you put in the effort, you can do anything with your ragtag mercenaries. 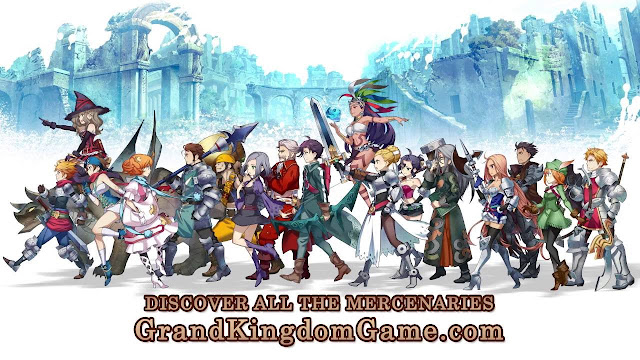 Grand Kingdom features single player and multiplayer components. Single-Player acts more like a detailed tutorial than a well established story, basically allowing you to try things out before diving into the War mode (online multiplayer) without a real threat of demoralizing losses. War is definitely where most game time will be spent (at least it is with me), fighting the creations of real people in semi-real time wars. Landerth and Fiel seem to be the most popular choices between the four nations, but that doesn't mean the people of Valkyr and Magion are slouches. Each nation also offers up an assortment of resources and items/gear that can only be purchased through the individual nations. If you're currently contracted with a nation during War, you can't go to the capital of the opposing nation to gather resources from there. So forethought is key. 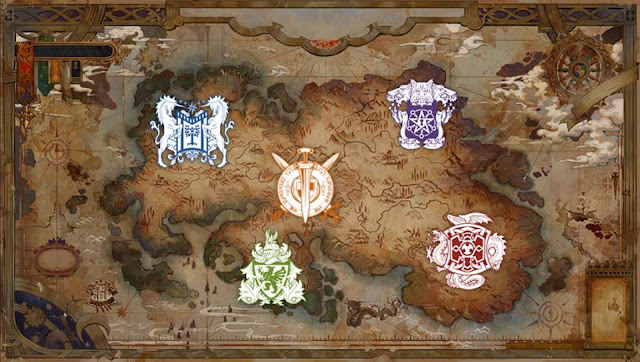 The battle system on display in the game runs similarly to the Conditional Turn-Based system used in Final Fantasy X. Every class has a set ACT (or speed) and that can be adjusted based on the Agility attribute within every character, in addition to that, you can affect the battlefield with ailments or zones that slow characters down, speed people up or do damage each turn, etc etc. So there are various ways to effect when someone will go. In base stats though, a Paladin will almost always go before anyone else, except maybe a Valkyrie. 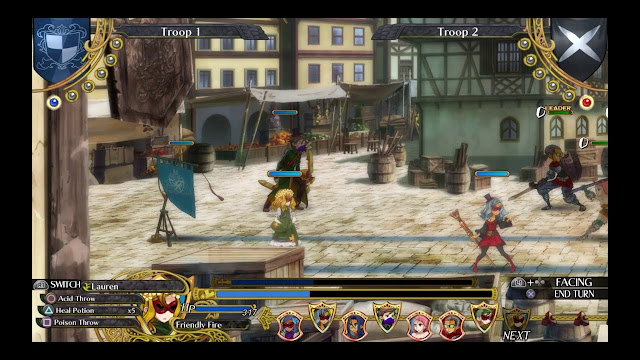 Graphically this game is uniquely beautiful. Everything features a hand drawn, anime-esque style that really pops off the screen. Every weapon, piece of armor, accessory, character, battleground, everything is truly gorgeous to see. And the visual beauty is matched by a tremendous soundtrack that fits the mood every step of the way. This is truly an overlooked gem by far.

Now, with it being an overlooked gem, that comes with some pitfalls. The developers really aren't patching things anymore and it's being left as is (kinda sucks because I finally got to play it due to PlayStation Plus). Which the game is still great, but there are plenty of balancing issues that are going untouched and bugs/glitches still rear there ugly head (on more than one occasion, a national contract goes two or more days over the time that it's suppose to end, which makes it difficult to impossible to get the items you need to upgrade gear and give proper stat boosting items to characters) and the War mechanic doesn't always follow its own rules for capturing forts or destroying armaments (as in it's almost a 50/50 shot that it works).

All in all, Grand Kingdom is a tremendously great gem in the PlayStation 4 (and PlayStation Vita) library. A game that is worth buying and supporting in every sense, even with the occasional hiccups that spring up.