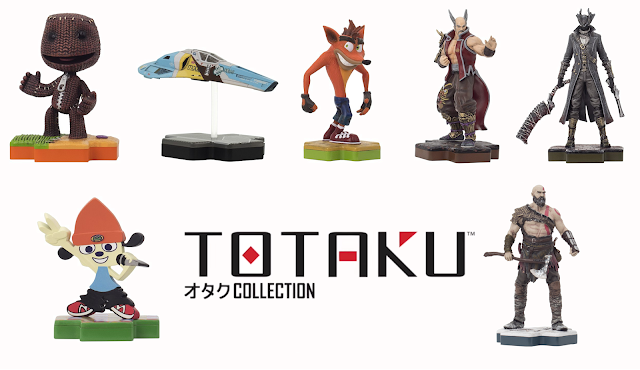 *UPDATE*
It has been confirmed (for a little while now, we're just late in updating the story) that this is a GameStop/ThinkGeek product line and will feature more than just characters from PlayStation or that have a deep PlayStation history.

Sony has announced a toy line called Totaku which feature iconic PlayStation characters (and some third party icons that are BASICALLY synonymous with PlayStation). And before you cry out that Sony is copying Nintendo's Amiibo toys. Hold on. Totaku is more copying the World of Nintendo toy line.

You see, these figures don't appear to have NFC (near field communication) tech under the hood...well...stands. These are strictly toys. Collectible toys, that Sony licensed to ThinkGeek (a GameStop company) to manufacture and sell.

Totaku Collection goes on sale in March and the figures are $9.99 a piece. I will definitely be getting Kratos, Sackboy, Crash and the Bloodborne Hunter.