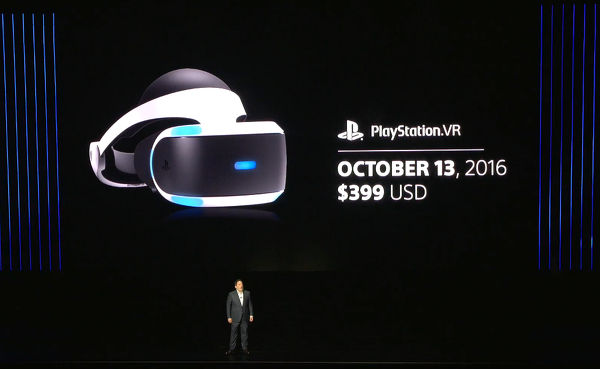 It has been an insanely busy few days at J1ML headquarters trying to cover all the news pumping out of E2 2016. Sony announced the confirmed price and release date for PlayStation VR.

On October 13th, 2016 and for $399, you gain access to a "fixed platform" for gaming in virtual reality. This was clearly a jab at the mobile and PC offerings out there like Vive and Occulus Rift which have had rocky launches to say the least. Sony also confirmed that 50 titles will be releasing on PlayStation VR between launch and the end of the year. It's not clear if those are full standalone, new titles or if this means games will receive patches to add VR support to already released games. For example Final Fantasy XV releases September 30th, 2016, but they showed a trailer titled "Final Fantasy XV: VR Experience".

We will just have to wait and see, we have so much more content coming this week to cover all the news and announcement surrounding E3. What have you thought about the event so far? Let us know in the comments below and over on Facebook as well try to keep up with it all!