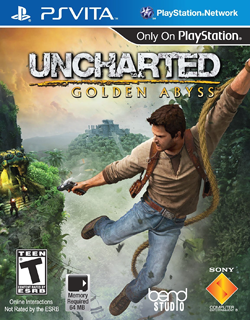 For those who don't know Sony Bend Studios, they recently made Uncharted: Golden Abyss (the amazing Vita launch title) and probably more importantly than that; Syphon Filter! Sony's "me too" stealth-action game franchise that became reinvigorated on the PSP with Logan's Shadow and Dark Mirror. And if Sony's President of Worldwide Studios (PlayStation's unified First Party development umbrella) Shuhei Yoshida is to be believed...and really...why shouldn't he be??? They are currently in development of a new IP!

While no platforms were hinted at, I think it is safe to say that the studio will be returning to the land of consoles for their next title. PSP and Vita are both dead and the PS4 needs more exclusive titles, so this fits.