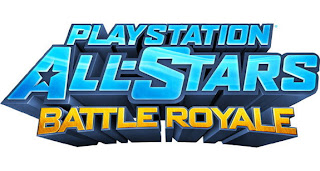 I'm super excited to get to my PS3 to fire up the beta for PlayStation All-Stars Battle Royale this weekend. This marks the third beta I've been invited to in the past week and although I enjoy LittleBigPlanet and was invited to the betas for both LittleBigPlanet Karting and LittleBigPlanet Vita (the Vita beta hasn't started yet for me) I will be passing on Karting and diving full force into PlayStation All-Stars. From what I've heard the beta will feature the originally announced six characters (Kratos, Fat Princess, Sweet Tooth, Colonel Radec, Sly Cooper and Parappa) so I won't get to play as Jak and Daxter...for shame.

Maybe the longer the beta goes, the more characters will become playable. I'm really hoping to play as Jak and Daxter, but I don't think that is quite what this beta schedule will be worried with. Although for the initial playing I will give Kratos a go since he is just pure bad ass. And for the ones who have been living under a rock for the past six months. PlayStation All-Stars is Sony's Super Smash Bros game for the PlayStation 3 and PlayStation Vita; which will release this October.

I've been a long time fan of PlayStation and (the stories, characters and worlds [in my opinion] have been top notch and the biggest factor in how my gaming life evolved]) I've been clamoring for this title for at least seven years; (which I think is around the time I first played Super Smash Brothers Melee on the GameCube)  and got me thinking how awesome it would be to have that for PlayStation.