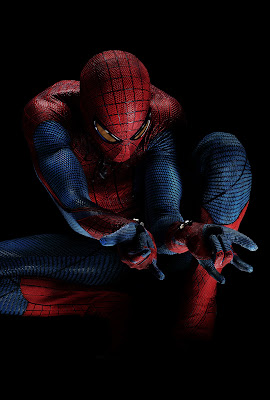 So this is my first movie review and I think I picked a good starting point. The Amazing Spider-Man from director Marc Webb. I went with a friend to see Sony's reboot of the franchise and I was not disappointed. The Amazing Spider-Man is the fourth movie made of the man spider, but completely starts the story over. The usual staples are there (no real spoilers) Uncle Ben (played by Martin Sheen/Elusive Man from Mass Effect trilogy) dies due to Peter's “rebellious” “It's not my job to do the right thing if you won't bend the rules for me” attitude, Peter Parker's (Andrew Garfield, BBC's Doctor Who) parents leave him with his aunt and uncle when Peter is a child.

Peter is still a nerd that studies all the time, there is Gwen Staci (played by Emma Stone) the intelligent chick that he falls in love with throughout the movie. However, Peter Parker doesn't only focuses on taking pictures, but he also happens to evolve into a “skateboard punk” who stands up for nerds that are weaker than him. Don't worry Parker doesn't win any school ground fights before getting his spidey powers. That builds the tension up for when Peter embarrasses Flash (the school bully) on the basketball court.

Curt Conners (played by Rhys Ifans) can be considered the “evil” scientist that “only has the best intentions in mind with his research to cross genetics with other species”. What could go wrong there? Nothing obviously...well that's not true, because that would be a fucking lame superhero movie concept. “The bad guy actually has a plan that works and everything bad that happens when the bad guy infects the city will be good in the end”. Curt Conners transforms into the The Lizard and wrecks havoc on New York City. What I did really like was the fact that Curt really tried to fight for what was right, but his inhibitions led to a corrupt mental state that led to him infecting the citizens of New York City with a cross species-bred biochemical.

Just like any superhero movie there is the underlying “Do the right things, because you never know what will happen” vibe, but The Amazing Spiderman built up an incredible story; even though it has been told many times before, (with different versions mind you) this tale has it's own twists to the formula. I walked in not trying to expect an “amazing” movie and walked out with a very positive reaction. One that is similar to Ironman; not expecting much and getting blown away with the product.