The Weekly Slice
Interviews, above, below, and abound.
By Meatloaf 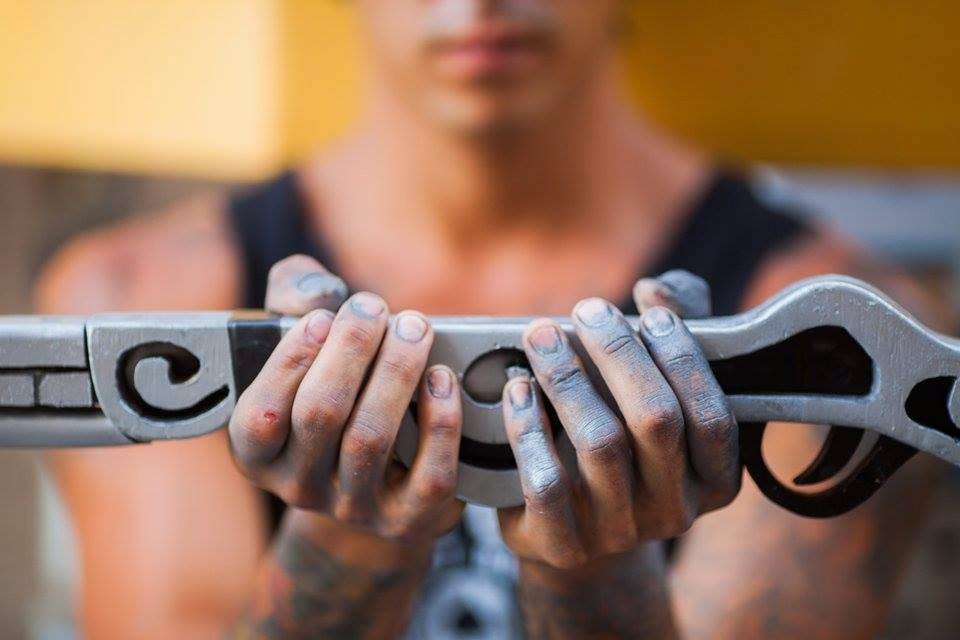 So, here I am taking a little time off from writing; playing games down at PJ Gamers in Broken Arrow, Oklahoma when I am approached by our Internet savior...and coincidently my boss Tridrakious.  He was on a warpath; destroying Sam Fisher on Payday, killing characters in his Tuesday D&D group, throwing puppies from a cliff...my god it was scary.  Anyway, he was ranting that Just1morelevel.com needed new content and that my yearly vacation had just been revoked and all my pay was now being docked if I did not get my ass in gear.  As many of you readers may very well know it is Convention season and I was planning on attending Tokyo in Tulsa in Tulsa, Oklahoma.  So I had the greatest idea…why not combine the two; Tokyo in Tulsa, and Just1morelevel.com’s very own “Weekly Slice”.  It was like someone had just handed me an epic quest on my favorite RPG, so I shook hands with Tridrakious as a sweet metal chorus built up in the background.  I had 72 hours to produce an article worthy of the gods and I had the perfect thing…and interview, with a convention goer and an amazing amateur prop designer…Ryan Barnett.

So without further adieu, I present you with my interview with a future god of prop making. 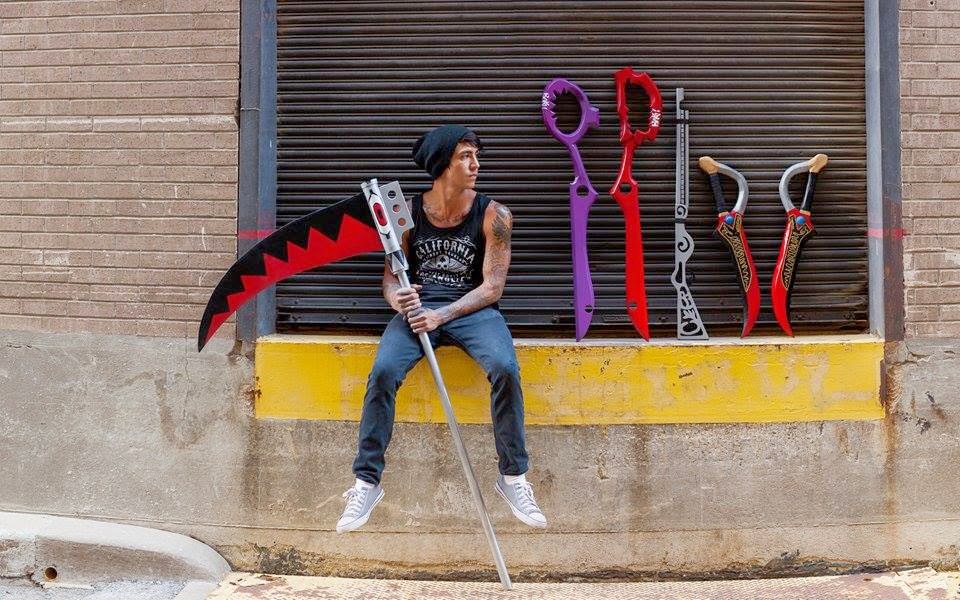 So Ryan, it is time we get down to business and get this interview started.  My boss has me on this timer, and I needs my vacation time and pay back.
-At this point Ryan walked into my glorious office.  Booze spread on the table I quickly cleaned up and acted like he had seen nothing as I offered him a seat as I managed to sit in a whoopee cushion seat.  It…was a rough couple of weeks during my vacation. 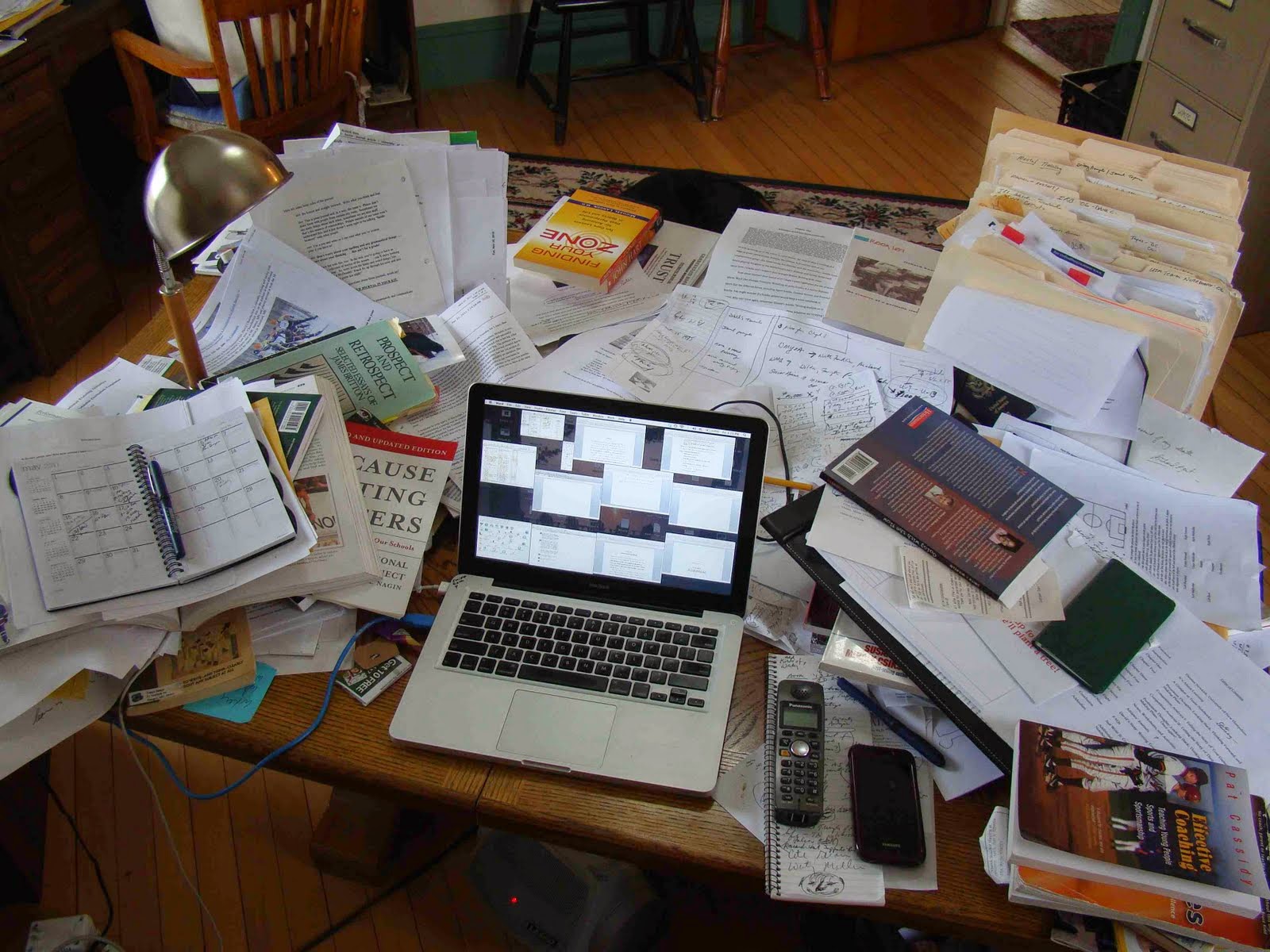 ·      Well Ryan, now that we finally have some time to talk.  I came across your props about a month ago, and my god they looked amazing.  The detail was great, and color was perfect.  So…how long have you been woodworking?
o   Well Zac I have always been kind of a handyman ever since I was little, and it helps that my dad owns a construction company so I have always been fortunate enough to learn and work around different kinds of tools. However, in all honestly I have only been doing this for maybe a month and a half (Ryan laughs, and is incredibly infections as I do the same as the whoopee cushion goes off again).
·      Well that is awesome man, but tell me, what got you into woodworking?
o   Well funny question, my ex fiancé was cosplaying as ryuko from kill la kill and through being busy with work and preparing the costume she did not have time to order her scissor blade so me being the good guy that I am, thought I would try to take a stab at it (Puns, ahh I love it.) and make one for her out of wood using the tools available at my disposal.  All in all I am lucky it turned out pretty damn cool if I may toot my horn, and it was challenging, so it kept me busy which I like.
·      No I do not mind if you toot your own horn.  As you can tell I seem to be doing the same thing, but anyway.  I have seen that you have been quite busy over the past few weeks that I have been trying to get you in the office.  So tell me, how many props have you made so far, and what are they?
o   (Ryan kind of does a sigh, which I think might have been boredom, but have a horrible way to tell so I soon find out it, was just to think.) Man so far I have made like around 10.  I made a few of the same ones, especially the scissor blades due to “Kill la Kill being so popular. To get down to it this is what I have so far; I have made both Ryuko’s and Nui’s scissor blades. Maka’s scythe, Soul, from Soul Eater, some dual blades from Final Fantasy: Type Zero.  Mami Tamoe's gun from Madoka Magica and finally Satsuki's Bakuzan blade from Kill la Kill.  I plan on making a lot of different stuff in the future, but for the life of me I cant think of the others at the moment. 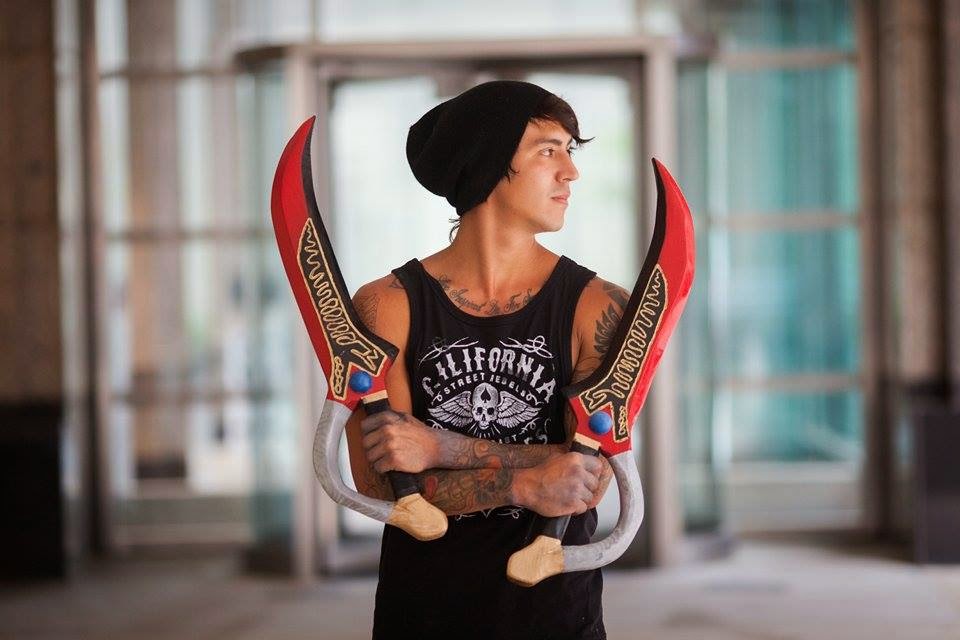 ·      So it looks like mostly all of your props so far seem to be from games and anime. So tell me, what is favorite in both areas.
o   Oh man you had to ask all the hard questions.  It is hard to say what my favorite anime is because I have so many that I watch, damn you for asking an anime lover to pick between what he loves. Anyway, but I would have to say Naruto is my number 1, man I have been watching that show for years.  As far as games go, my favorite is Call of Duty hands down, also I am a clan leader in Call of Duty: Ghost.
·      So while working on props, what music do you listen to, what music keeps that drive going?
o   Oh yeah, now we get to the good stuff.  I listen to Pop and Punk a lot! Four years strong in the realm of music.  The story so far though has to be; Knuckle Puck, Neck Deep, and Front Porch Step. Those are the ones that help keep me focused and going on those long days and projects. Another reason I listen to the music is because I have ADD and I don’t know why, but having music constantly playing helps me to work normal.
·      Wow!  I am a bit of a Punk/Metal guy myself, but to each their own right?  So what other hobbies do you have?
o   Funny you should ask Zac.  I play guitar and write my own songs, I love to work out and stay fit, I drink with my friends, and I just do anything outside. I am always outside doing something, due to my ADD I don’t…well can’t stand like sitting still or being inside for too long it bugs the crap out of me.
·      Cool, cool!  So with the convention season ramping up, do you see yourself going to any of them in the future? If so which ones?
o   Definitely! I am actually flying out to Florida for Metrocon this weekend on the 11th!  Hopefully next year I will be able to travel to different cons as a vendor for my props!
·      What is the average amount of time it takes for a prop to be made?
o   The infamous time question.  Well it all depends on the prop, sometimes it can take a day, sometimes a few.  It just all depends on the difficulty of the prop, but I am getting a whole lot faster at doing this.  Also I recently learned to make molds of my props so now I can make a replica of a prop in about an hour.
·      That is so rad man, but so far…what has been your favorite prop, and why?
o   Definitely the Scissor blade for sure. It’s been the most popular and I’ve made it so much better from the very first one I made. It just looks so cool when you’re holding it in your hand. Plus everyone freaks out when they see it. 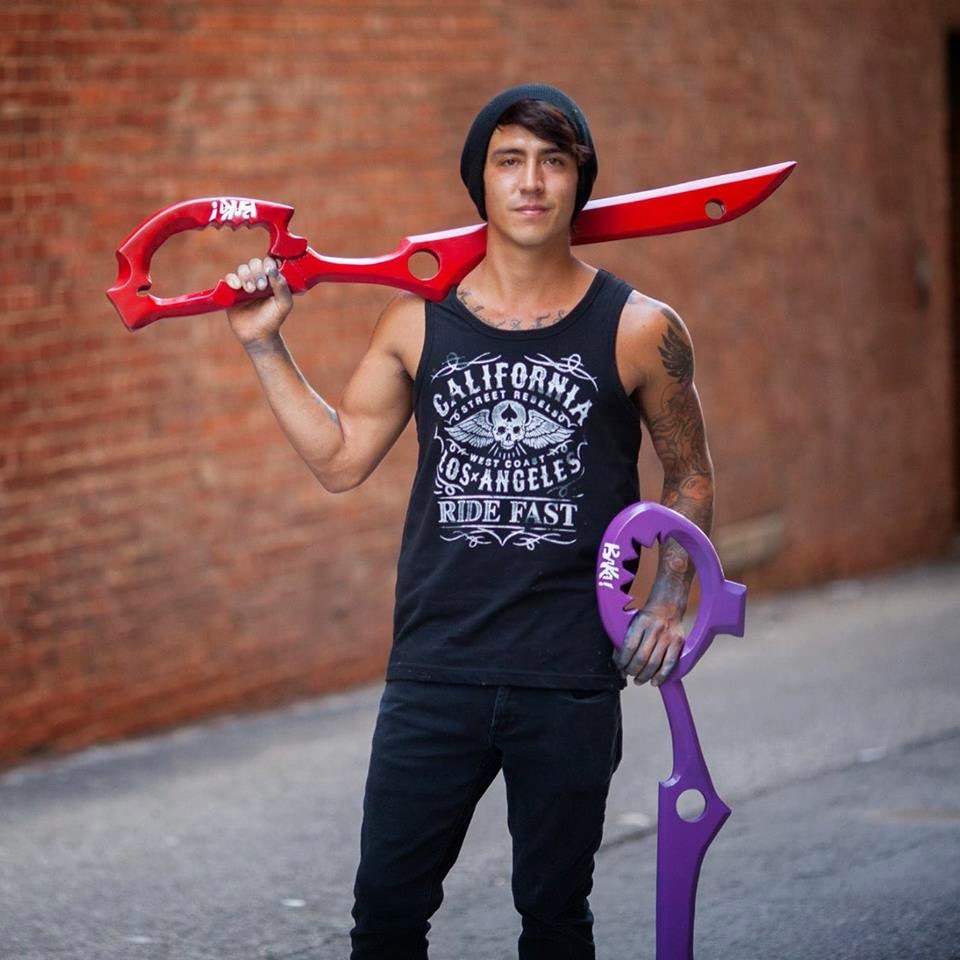 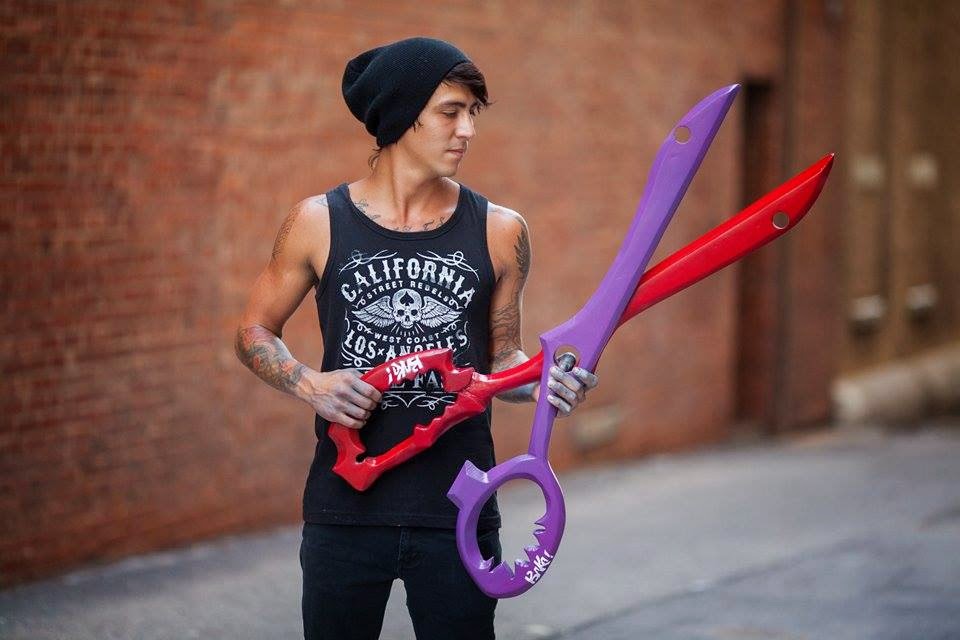 ·      No that we got that out of the way, what is the average price for one of your props?
o   Normally I would say at least $100 and up.  The most expensive one that I have made that sold was one for  $300.  Usually if it is going to take me all day and I have to hand carve something I do a minimum of $100 plus $20 for shipping and handling. It all depends on the difficulty and amount of time it will take. As well as the cost of materials to make and paint it.
·      So would you ever consider making someone's custom work, or an original of your own?
o   Yea, actually I had a girl draw up a gun that she wants me to make for her cosplay. I am always down to try something new, original, and challenging so if you got something for me, just say it. 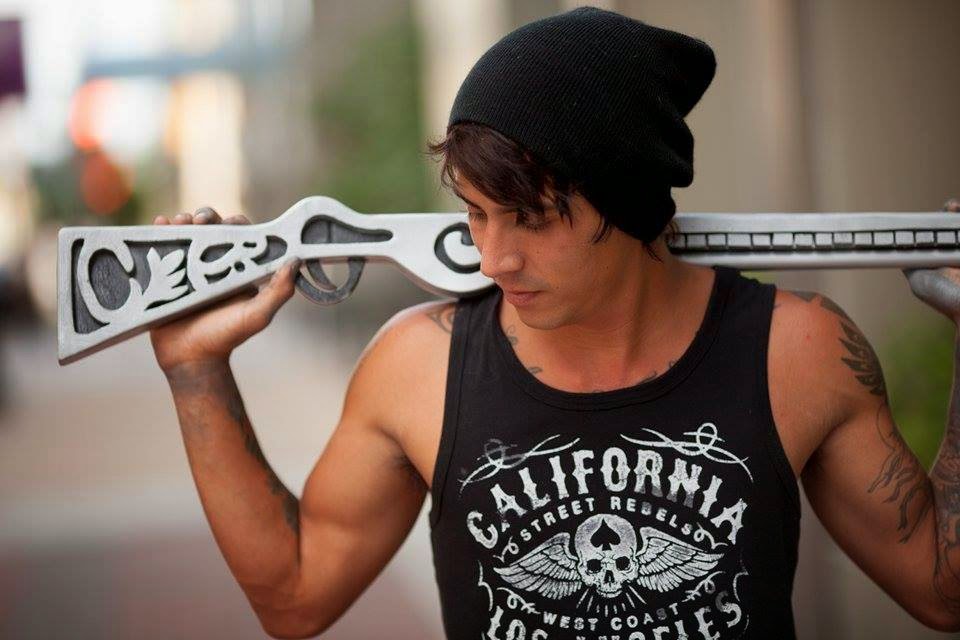 So this was awesome Ryan, we are coming to a close here at today’s interview, but I do have just a final few questions.  If you have the time that is.
(Ryan then laughs as he stretches a bit.)
What is the best way to reach you, and when it comes to payment what do you accept.  Finally did you have fun today with the interview?
Do you accept cards or checks? Or is it just cash.
And I was just beginning to have fun too.  Facebook or my cell phone: 918-313-1501 is usually the best way to get ahold of me.  Payment wise, I do checks, money orders, cash, or PayPal.  Unfortunately I do not have anything set up for cards yet.   As for the fun…YES! It was very cool to answer questions over things that I made in my back yard (Ryan laughs heartily again) The fact that what I make is interesting enough to be interviewed for amazes me.  Oh and as a final little piece, right now I am working on a plastic scissor blade. I put all new prop orders on hold because I am trying to learn how to replicate props so I do not have to start from scratch every time I do something.  Also I wanted to make one out of plastic so right now I am sanding down the plastic resin to have it presented at Metrocon since I will be using it to promote my work and for a photo-shoot.  I do plan on ordering some worbla thermo plastic and attempting to make an eva 1 suit from evangelion or some awesome looking armor. 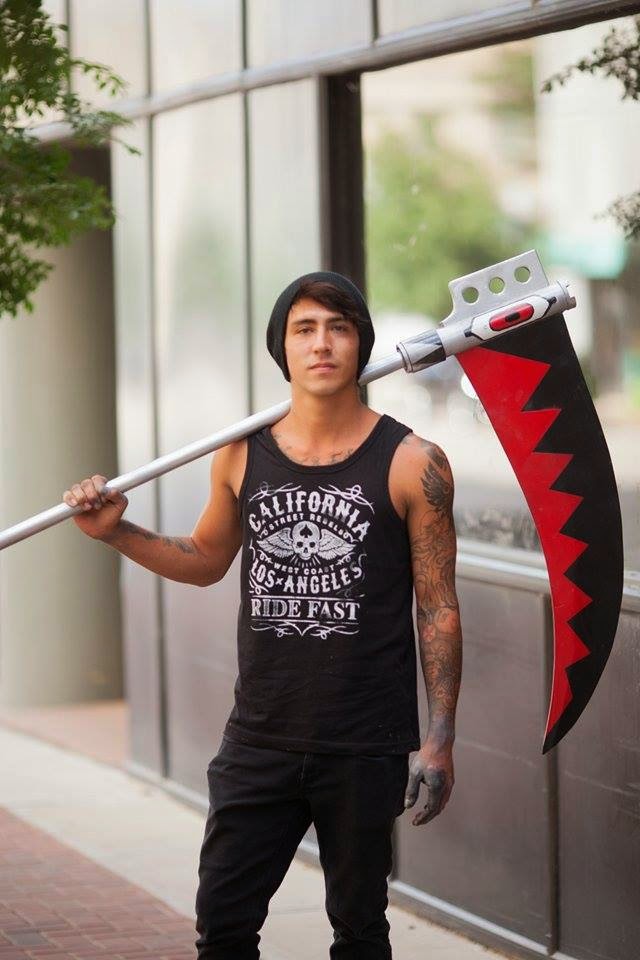 Ok, ok, ok, ok Ryan.  I think I have what I need here today.  I appreciate you taking the time to visit me.  So for now though I need to finish this, there is only 24 hours till TNT and until you have to leave for I need my…alone time so that I can finish this and…play some Payday 2.

(I hurriedly rush Ryan out the door as he is saying goodbye.)
Ryan's Facebook Page


So that is all for this week gamers, cosplayers, enthusiasts.  Now I must be going, TNT is here and I needs a costume.  This has been another sweet and epic edition of The Weekly Slice.  Catch me up at PJ Gamers, or even at TNT this weekend.  July 11-13

The pictures in the involved interview do not belong to me, but permission was given to use them.  The TNT poster is not a promotion, but merely a placement using free art from online source.  If asked, I will remove said pictures.  Just1morelevel.com