Do you wanna know what sucks when you're the only person writing for a video game blog over the experiences you have when playing games? When there is nothing to write about, because you're in a rut. I'm right in that rut. When things, like life, happen I'm stuck playing no games. I can't very well write about games when there are no gaming experiences to write about. You know what I'm saying?

Right now I'm stuck between not having much interest in my current handheld experiences; I traded in my PSP towards Vita stuff last week and my 3DS just gets used for StreetPass. Final Fantasy: The 4 Heroes of Light is getting played sporadically, but not to the extent that it was when I first started playing it. My gaming with it has nothing to do with the quality of the game itself just that the PS Vita is looming overhead and that has all my excitement. So trying to play a DS Final Fantasy spin-off game ahead of the PS Vita has made it difficult to say the least.


The feeling got worse after actually going hands on with the system a little while back. Playing Uncharted: Golden Abyss and WipEout 2048 have shattered the interest I had to play anything on any other system. Deep down I should have waited till I had my PS Vita, but I didn't have the willpower to do so. I saw the system in my store's display and had to try it out. (when I wasn't working that is) 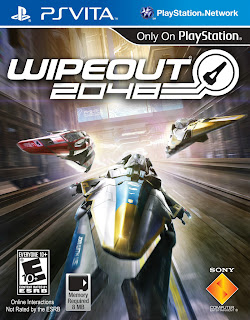 My PlayStation 3, Xbox 360 and Wii don't get played much right now because of living arrangements either. So things could be better, but right now they aren't. I'm hoping to find another job for more pay so I can replace my current TV which will improve my likelihood of playing console games again. Which I gotta get that interest back up, because I've got Mass Effect 3 coming in the first week of March.


Plus I'm wanting to head to Mississippi to be with my girlfriend for a little while in the near future. At least I could take my PS Vita and 3DS on the trip there and back.

Anyway, the First Edition bundle is out in two days while the official launch is on February 22nd. That day just can not get here soon enough!