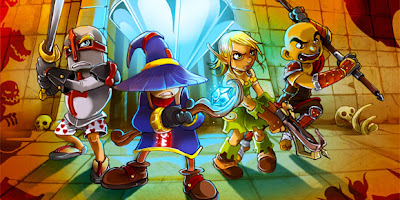 Dungeon Defenders has intrigued me since it came out on iOS and Android devices close to a year before hitting XBLA and PSN. When it came out I didn't have an either that could play it so I didn't get it back then. Great news came when it finally hit XBLA and PSN (the demo I played and version I bought) back in October of 2011. Trendy Entertainment did a wonderful job on Dungeon Defenders which plays as an action-rpg and a tower defense game all wrapped up in a tiny little downloadable package. I recently played the demo and the first thing that hit me was “what the hell do I do?”. (side note, I skipped any and all tutorials) That quickly changed once I realized the gameplay followed a similar path as Pixel Junk Monsters and I had to protect my Eternia Crystal from the invading forces of evil. After I survived through the first three waves I felt like I had got the gameplay down, but also realized I had screwed myself over in how I was going about my business.

Just like with Pixel Junk Monsters the waves get progressively harder and each new wave brings a new enemy type in addition to the enemies that came before. All that plus just more of the previous wave's combatants. 30 mana points can be spent on basic spiked wall defenses. If you feel a little more daring, you can build up your mana throughout the waves and spend larger amounts on stronger defenses. Of course when I started out I had several towers locked because I wasn't a high enough level (more on the RPG elements in a little bit).

The defenses can be placed anywhere except for right where the enemies come from. It was a tactic I thought would be good, take them out one by one while they are filing into the level. But, nope, that would be unfair according to the game. So I couldn't cut them down as they entered. What I did do at first though was place spiked walls on the staircases right outside the entrances (which there are four places that enemies enter and they enter at the same time). This allowed me to get around the level and not have to worry about the early waves getting close to my Eternia Crystal.

The biggest thing I like about Dungeon Defenders that I can't do in Pixel Junk Monsters is my character can also attack the invading forces. I have to watch my health, but in PJM if you get hit you lose coins you've saved up to purchase towers. In DD I can help my defenses hold off the attacking hordes. This adds a different action-rpg element to the game that I haven't personally seen in other tower defense games. My character can level up to unlock new defense stations. For example, once I hit level 3 I was able to build a Bouncer Wall. It's a full 360 degree spiked tower that launches enemies back in the direction they came from. These cost 40 mana to build which is the max mana I had when I started out. The good news is I can expand my personal pool of mana as I level up. Which slightly eases the pressure of micromanaging my mana reserves.

What made me happy was the ability to repair my towers as the invading hordes came in. I didn't have to wait for the wave to finish and then go around and repair the damages. This can also be used for building new towers during the waves. The draw back is that it takes longer to repair and/or build during the wave than it does before and after said wave. In addition to this I can use my mana to heal myself if I get to low. Which means I have to manage how I'm going to use this limited pool of mana. Enemies drop mana crystals after they die and in between the waves come treasure chests that hold mana crystals and new equipment. 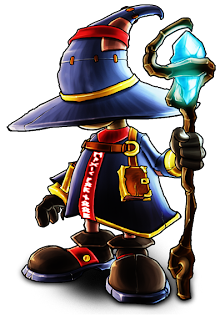 Remember how I said my character can intervene in the action? Well throughout my playtime I came across new weapons and armor to throw on my character. Which is nice since each new wave appeared to be about ten times stronger than the last wave that came through. As I played, it dawned on me that I would have to really buckle down and grind things out, because when that ogre came through with the last wave (with over 6,500 health as well) and destroyed everything in it's path. My first time through was with a Squire (melee focused class). Being a melee character did not help me take on this ogre, because after about two hits I had to retreat to heal. After playing around with the demo I will create a magic welding Apprentice class character.

One of my only complaints so far is the movement. My Squire was fairly slow and didn't really speed up when I started spending points to improve his speed. My question is do the characters I create hold on to their levels and abilities or does everything just stay with the level itself. Meaning will I be forced to do this at the beginning of each level? Other than this complaint/question I've got is the default camera system. I'm glad I can go into the settings to tweak the sensitivity of it, because the default system is not very good. Outside of these I love this game. The rpg elements are deep (so far) and my enjoyment stayed strong even when I knew I didn't have what it took to defeat the final boss of the first stage. 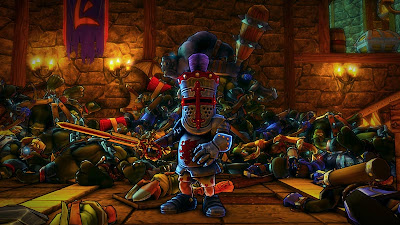 Here's my final question. If the rest of the game handles similarly to the first level. Should I do another article for a review afterwards when I've already poured quite a bit of information into this Impressions write-up? That I'll save for another day.